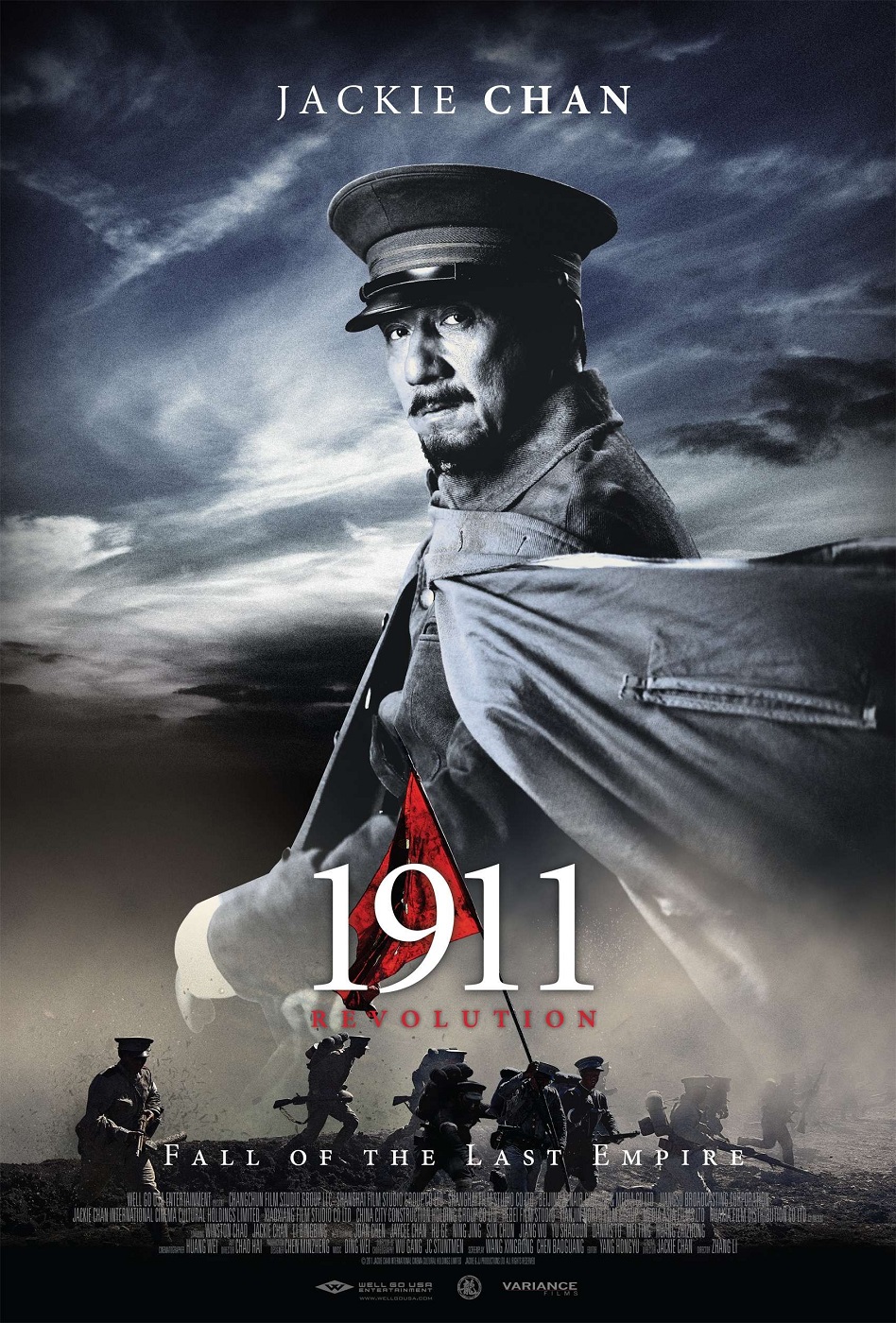 A historical drama based on the founding of the Republic of China when nationalist forces led by Sun Yat-sen overthrew the Qing Dynasty.

tags: Fall of the Last Empire

Essentially a very expensive drama-documentary, "1911" commendably tries to pay tribute to all involved in the 1911 Revolution - and in doing so makes the story incomprehensible to anyone who isn't an expert and unemotionally involving even to those who are. This is because of the frequent jumps between disparate groups, events and time periods and the lack of explanation and of character development. The closest this film gets to being a conventional historical epic is in the characters of Sun Yat-Sen, who puts the case for the revolution gracefully whilst provides firm leadership, and Jackie Chan's charismatic general (who has only one kung fu scene, included almost as a sop to Jackie Chan films). International audiences will notice that Jackie Chan can act and will appreciate the ferocious battle scenes but will be mystified by the plot. It's worth noting the careful path this film treads: still revolutionary (i.e. seeing the 1911 Revolution as the predecessor to the Communist state founded in 1949, as official doctrine prescribes) whilst noting the approval shown to the more Western aspects (the necessity of popular support for the state). Ultimately a worthy but failed venture - especially as the film fails to take note of the devastation caused by the 1911 Revolution (which weakened the traditional state without fully replacing it, leading to the bloody anarchy that bedevilled China in the 1920s and 1930s). Jackie Chan celebrates the milestone of the 100th film in his career with the 100th anniversary of the Xinhai Revolution, significant for ending the reign of the Qing Dynasty and ushering in a new era with the founding of the Republic of China. Simply titled '1911', the expensive historical epic sees Chan taking on the role of General Huang Xing, who was leader Dr Sun Yat-Sen's deputy and commander of the revolutionaries in several cities across South China.

Besides starring in the film, Chan also bankrolled the US$30mil drama and serves as 'general director' alongside TV director Zhang Qi- so let it be known that this is also Jackie's passion project. Nonetheless, good intentions do not a good film make- and '1911' is an excellent case in point. Meticulously researched and assembled to make it as authentic a depiction of history as possible, it is nonetheless underwhelming and lacking in heart, spirit and most of all passion. It is also less a film than a history lesson, and far less compelling than its peers 'Founding of a Republic' and 'Beginning of the Great Revival'.

Yes, it is ostensibly modelled against the latter two similarly big- budget historical pictures that have taken a momentous chapter in China's history and turned it into crowd-pleasing blockbuster entertainment with a who's-who list of actors in roles both large and small. But even with 'Founding's' screenwriters Wang Xingdong and Chen Baoguang, '1911' lacks the finesse of both its genre predecessors, attempting too strenuously to squeeze as many characters and plot lines as possible into its two-hour running time.

We have no qualms with the film's method of introducing its characters with on screen captions, but there are just too many in here to even matter. Indeed, the sheer number of them means that some like Jaycee Chan's Zhang Zhenwu, Yu Shaoqun's Wang Jingwei, or Dennis To's Xiong Bingkun have less than a minute of screen time, and disappear as quickly from their audience's mind. The objective of honouring these martyrs and their respective contributions to the revolution is admirable, but some judiciousness should very well have been exercised to ensure that those given mention do make a difference in the film too.

The consequence of portraying so many characters at once is also that the first half of the film feels extremely haphazard, fast-forwarding from one event to another with little continuity. In fact, this film probably takes the crown for being most heavily reliant on text throughout its duration to explain each and every sequence, and the ill- conceived technique results in a film that feels oddly like watching a history textbook unfold before one's eyes. It doesn't help too that editor Yang Hongyu likes to interrupt scenes just as they are building up with flashbacks or parallel yet unrelated events, effectively preventing the audience from engaging with the characters within.

And even though history is supposed to be an objective and dispassionate exercise, that is no excuse for the lack of any true emotion in the film. Busy juggling the mammoth cast and characters, neither Jackie Chan nor Zhang Qi seem to have paid much attention to the development of the key roles- Huang Xing, Xu Zonghan and even Sun Yat-Sen. Their definition here is essentially one-note- whether the wise intellectual (Sun) or the brave military commander (Huang) or the quiet yet strong-willed wife (Xu)- and you're not likely to feel any differently for any of the characters before and after the film. The only interesting character amongst them all is General Yuan Shikai (Sun Chun), depicted as shrewd and cunning in brokering the abdication of the feudal throne.

In truth, for all its promise of being a gritty war movie a la 'Saving Private Ryan', it is the political struggles in the last days of the Qing dynasty between the provisional president Sun Yat-Sen and Yuan Shikai that proves the most intriguing. Crammed into the last half hour of the film, this particular theme emphasises the challenge of instituting a new political regime which would replace a system more than 2000 years old. In contrast, the battle scenes lack intensity or any genuine thrills for that matter, often drowning in melodramatic music to demonstrate the heroism of the outnumbered and outgunned revolutionary forces against the Qing's military might.

And we suspect that Jackie Chan fans may be most let down by that, since we do expect much better from the veteran actor who's given us some of the most thrilling action movies in the 80s and 90s. Instead, Chan spends most of the time in the film looking old and aggrieved, with only a brief fight between Chan and three men coming close to the old Jackie we've grown to love. What's perhaps even more perplexing is that while Chan gets top billing, his role as Huang Xing is overshadowed by Winston Chao's Sun Yat-Sen and Sun Chun's Yuan Shikai- not simply because both Chao and Chun are better dramatic actors, but also because there is more screen time devoted to both.

Precisely because we are huge fans of the star, it pains us to say that Jackie Chan's 100th movie fails to live up to its expectations as a milestone film in his career or as a tribute to a significant event in modern China's history. Better suited as a TV movie on the History Channel than a lavish blockbuster epic, '1911' could be useful as educational material for those looking for an introduction to the founding of the republic- anyone else will likely be disappointed.

What should be rousing stuff - a republic is born! the chains of feudalism thrown off! - remains a kind of lavishly illustrated history lesson. Even the irrepressible Mr. Chan (this is his 100th film) seems subdued.